Atlantic Cod is a superb whitefish, belonging to the family Gadidae, and a well-known food fish to which chefs are coming back to with renewed enthusiasm.

It has a long, tapered body and grows to two metres in length. The colouring is a mixture of sandy-browns, grayish-greens and darker speckles on the dorsal side, shading to silver ventrally.

Atlantic Cod is fished with bottom trawls, gillnets, longlines and hook and line. Its habitat ranges from the shoreline down to the continental shelf. In the western Atlantic Ocean cod has a distribution north of Cape Hatteras, North Carolina, and round both coasts of Greenland; in the eastern Atlantic it is found from the Bay of Biscay north to the Arctic Ocean, including the North Sea, areas around Iceland and the Barents Sea, which is the most important feeding area.

As for cooking, it’s very versatile and takes most flavours, but requires care as it can easily be over-cooked. 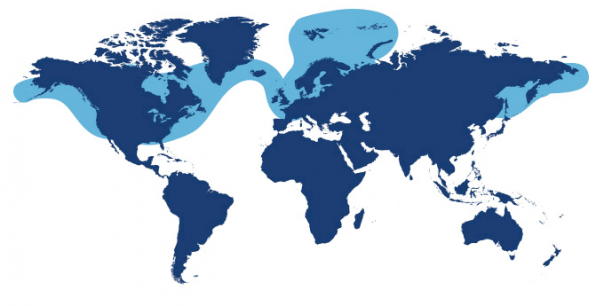